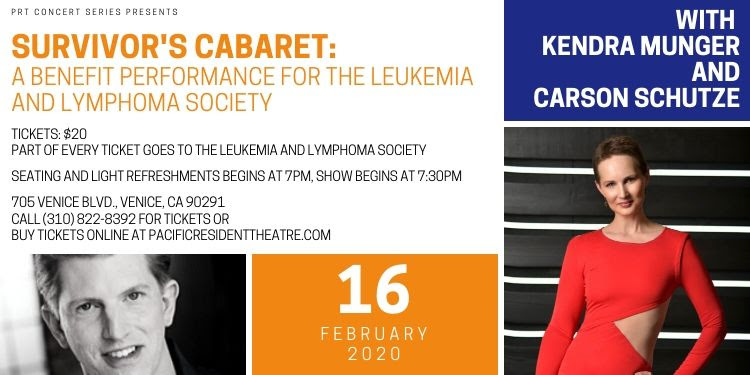 A benefit performance with singer/actress Kendra Munger (in remission from Stage IV cancer) who returns to PRT's Concert Series for the first time since her Survivor's Cabaret last year. A singer and actress, she played Princess Diana in the original Off-Broadway cast of Queen of Hearts. Kendra also played the recurring role of Peg Entwistle in the cult web series They Live Among Us.

﻿Join us for this uplifting musical evening.

Part of every ticket price will go to The Leukemia and Lymphoma Society.